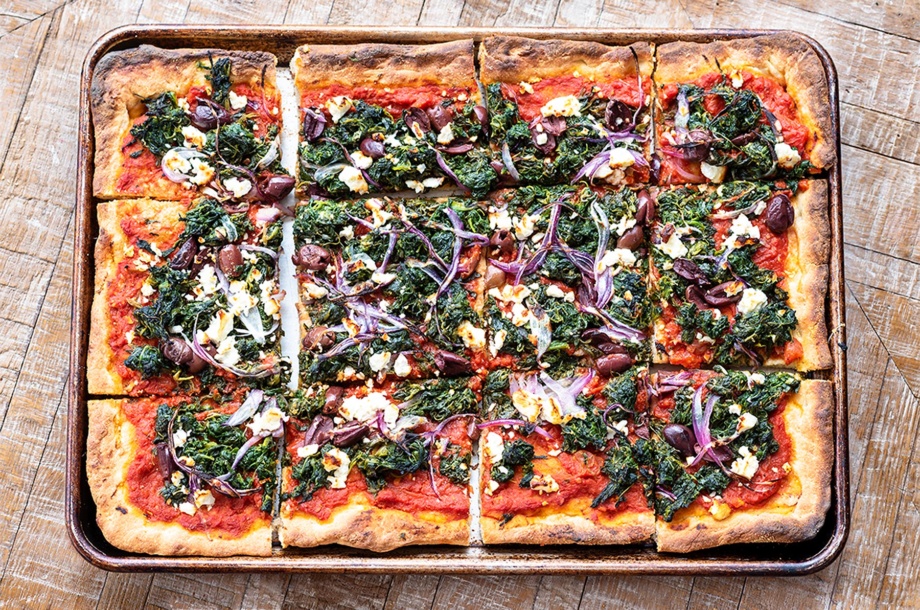 There was a time when we thought it impossible to enjoy pizza without a heavy blanket of cheese. While you may want a light sprinkling of dairy feta on The Greek Pizza, it is also utterly delightful with our new Planetarian Feta, making this pizza completely dairy free. Either Planetarian Feta— the one stored in lemony brine or the one marinated in Lemon-Rosemary Oil—would be equally satisfying.

Making The Dough for Greek Pizza

To make The Greek Pizza, start by making Homemade Pizza Crust, which you can make at your leisure anytime throughout the day. We particularly love making this dough first thing in the morning and forgetting about it for the rest of the day. The first few times you make Homemade Pizza Crust, it might take you ten or fifteen minutes to throw the dough together. After internalizing the formula and technique, however, you’ll be able to make this simple dough in a mere five minutes. If you’ve ever made Effortless Homemade Bread, you’ll recognize the formula. This pizza crust is the same recipe with the addition of two tablespoons of olive oil.

You’ll notice that the dough rises directly on the same rimmed sheet you’ll bake it on, saving time and dishwashing. Don’t punch down the dough, simply stretch it into place. In its relaxed state, the dough is super cooperative. If you don’t have time to make the dough, simply use store-bought dough—you’ll need about two pounds. Just remember that it’s a bit cranky right out of the refrigerated case, so let it come to room temperature before stretching it. In this recipe, you also have enough toppings for two large store-bought baked crusts.

When making The Greek Pizza start by preheating the oven—it takes a while to get the oven to 550 degrees! While the oven is preheating, use the time to prepare the toppings. Squeeze the excess moisture from the thawed spinach and toss it with minced garlic, olive oil, salt, and pepper, thinly slice red onion and toss it with a few drops of olive oil and a little salt and pepper as well. If they aren’t already pitted, smash the olives with the side of a chef’s knife to loosen the pit and then remove them. Finally, stretch the dough into the place and bake it as soon as the oven comes to temperature. In just ten minutes you’ll be ready to top your pizza.

Spoon on Garlicky Tomato Sauce or your favorite store-bought Marinara, scatter the flavored spinach over the sauce, then top with olives, red onions, and crumbled feta and then bake. In ten minutes, you’ve got the equivalent of two large pizzas emerging from the oven, and unlike the ones you might order from your local pizza joint, you know exactly what’s in this pie and feel good about eating it! 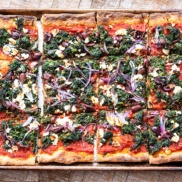 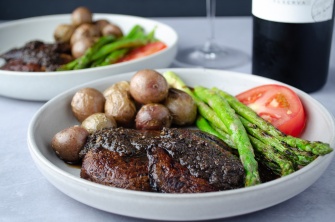 How To: Grilled Portobello Mushrooms (or Broiled!) 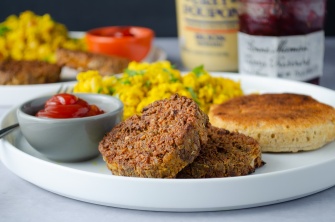