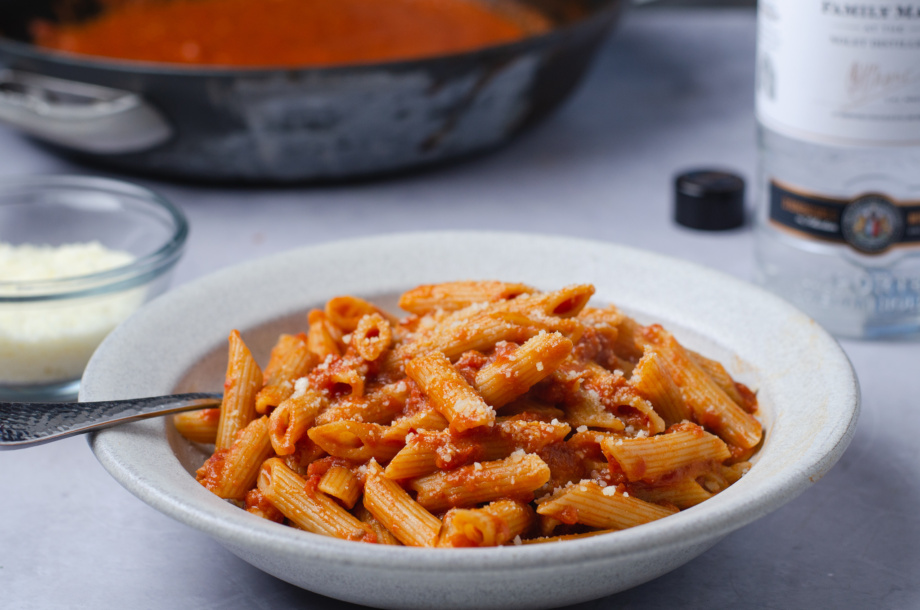 Sometimes the simpler the dish, the more attention you must pay to detail. Thus is the case with Penne alla Vodka, a dish whose debated origins date back to the 1970’s and 80’s. The sauce, a marriage of zesty marinara and rich and creamy alfredo, results in a sauce that for many is just right. Vodka, which oddly acts as an emulsifier, brings the two sauces together in perfect harmony.

Our goal in developing Planetarian Penne alla Vodka was to develop a sauce that was as creamy as the original, replacing the heavy cream with plant-based coconut milk. Our other goal was to make sure that our Garlicky Tomato Sauce would work as the base, shaving off at least fifteen minutes of precious preparation time, making this dish a doable, delicious weeknight dinner that everyone at the table would savor.

Plant-based coconut milk did, in fact, sub in well for the heavy cream, but we found it needed to be added at two different points in the recipe—the majority (3/4 cup) at the beginning with the simmering tomato sauce and then a creamy half-cup hit at the end, along with the vodka.

Get the pasta water heating before bringing the Garlicky Tomato Sauce and the first dose of coconut milk to a simmer in a large skillet. (The large surface area means the sauce will reduce more quickly.)  By the time the tomato sauce starts to simmer, the boiling water should be ready for the pasta. Stick near the stove, giving the pasta and the sauce frequent stirs. You’ll know the sauce is ready for the vodka and the last splash of coconut milk when you scrap a wooden spoon across the pan and see the bottom just before the sauce fills in the wake. Stir in the vodka and coconut milk and let it simmer while you drain the pasta.

You shouldn’t need any pasta cooking liquid, but never hurts to have some, especially if you have leftovers that might need moistening. Once you return the pasta to the pot, add the vodka sauce and cook over low heat until the sauce is thick enough to just cling to the pasta. If you’re using cheese, stir it in now and continue to cook until it fades into the sauce. This very simple, elegant sauce is now ready to serve.

If you have leftovers, you’ll be happy you saved that pasta cooking liquid. When heating the sauce back up, you might want to stir in another teaspoon or two of vodka to perk it back up. 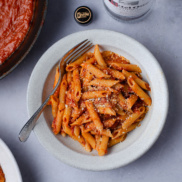 The Garlicky Tomato Sauce has already been mildly seasoned with pepper flakes. If you’d like it a little hotter, add a pinch of hot red pepper flakes when heating the tomato sauce and coconut milk. If you don’t prefer to use the cheese, add a couple of tablespoons of nutritional yeast or simply omit it. 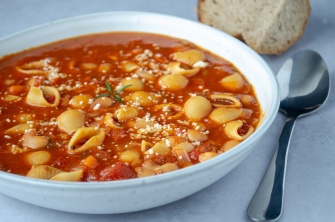 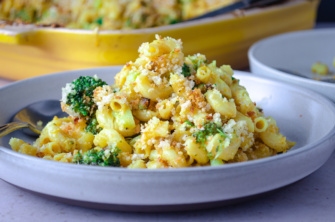