How To: Planetarian “Chicken” Cutlets 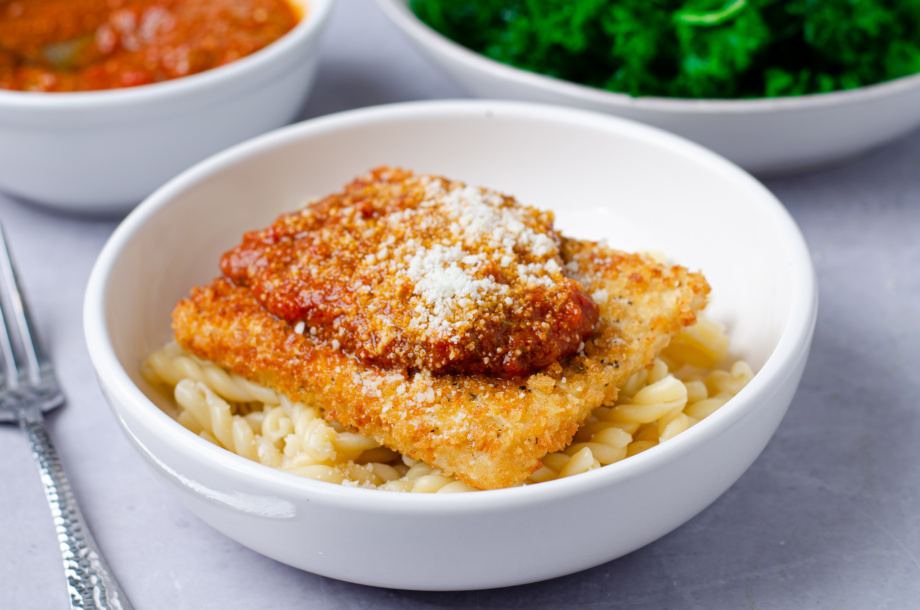 You may have guessed that it’s tofu, but before you close your mind, we’d like to share our experience. We’ve experimented with all the major tofu varieties—from silken to extra-firm. Recently, we started picking up super-firm tofu, which we initially liked because the blocks were dense enough that they didn’t need pressing to remove the excess liquid. It was like being able to buy Greek yogurt after years of having to strain it yourself.

But as we started developing a Planetarian breaded cutlet recipe, we realized there was more to like about super-firm tofu than pat-dry convenience. When we performed a side-by-side taste test of extra-firm and super-firm cutlets, we appreciated the latter’s dense, meaty texture. 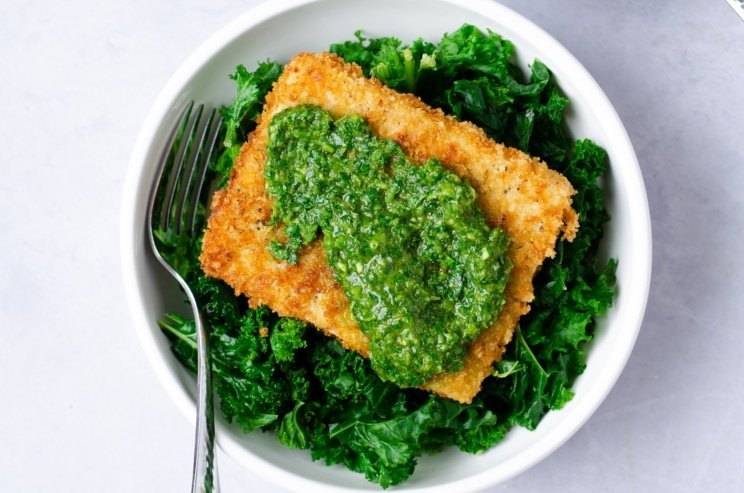 To make Planetarian cutlets, start by removing a block of super-firm tofu from its packaging and patting it dry—no pressing, no squeezing! To “butcher” your tofu, stand the block on end and cut it crosswise into three scant 3/4-inch thick slabs. As with boneless, skinless, chicken breasts, season your tofu well. Lay the slabs on your work surface, taking time to season both sides with salt and pepper. Depending on your dipping sauce, sprinkle both sides of each cutlet with the suggested spice or dried herb.

Just as you would with any cutlet, use the dredge, dip, dredge method—first in flour, then in liquid. These two in combination become the culinary glue for the final dredge. Instead of dipping the cutlet in egg, we use aquafaba, a fancy term for humble chickpea cooking liquid. It’s thicker than water, and as you dip in the floured cutlets, it thickens even more. You could coat the cutlet in regular breadcrumbs, but we prefer coarser Panko which fries up super crunchy! 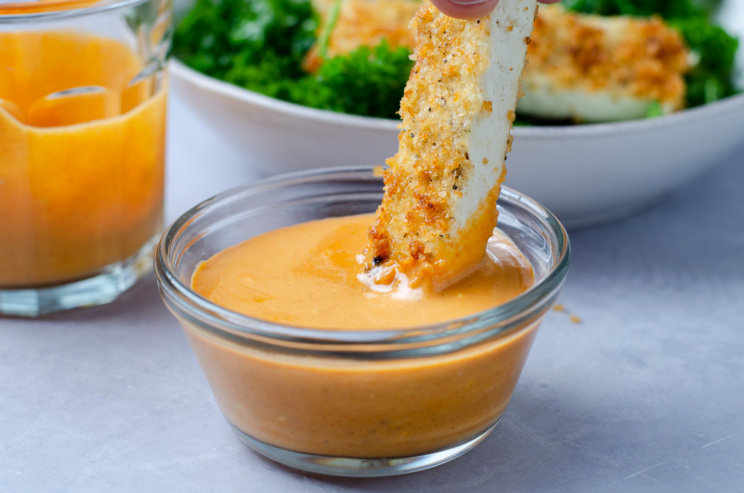 Pan-frying the cutlets is the same as frying any other cutlet. Start heating the oil while you’re prepping, so that when you’re ready to fry, it’s almost up to temperature. When the cutlets are coated, simply turn the heat from low to medium-high and within minutes, the oil is ready. The average large skillet will hold three cutlets. Depending on how many cutlets you need, cook three in one batch or six cutlets in two. It doesn’t take long, however. They cook in about six minutes. With chicken, you have to worry about whether the cutlet is cooked through. Not so with tofu. When it’s impressively golden brown on both sides, it’s done! 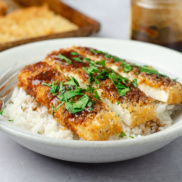 How To: Planetarian "Chicken" Cutlets 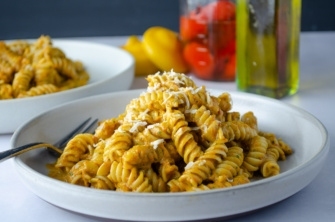 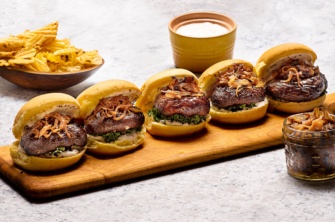