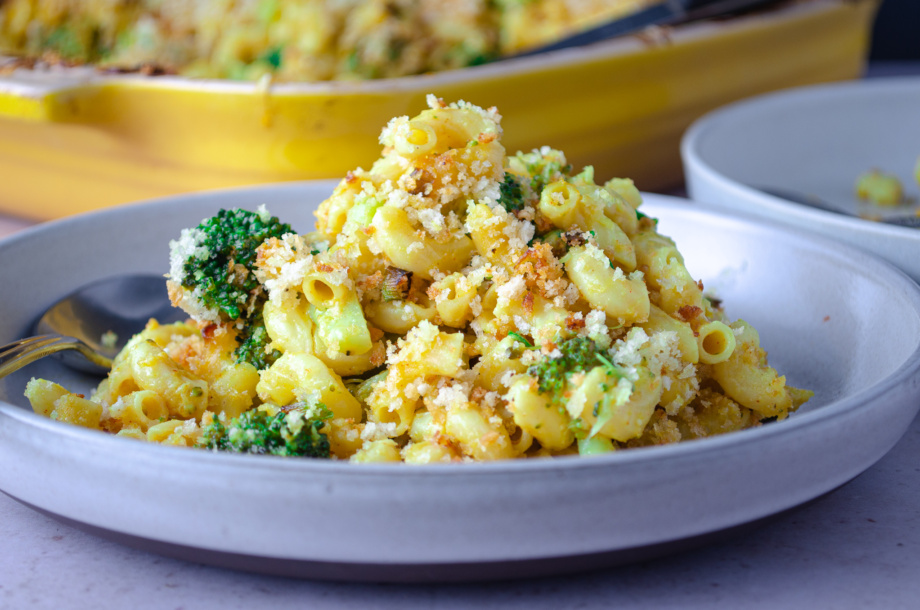 You’d think between the milk, the butter, and enormous amounts of cheese that mac and cheese would be a Planetarian challenge. Yet I knew it was possible, because a couple of years ago I attended an event called S’Mac Down, a vegan mac and cheese competition between local Bethlehem, PA restaurants. After sampling them all, I knew that when I got around to developing my own, a good plant-based mac and cheese was possible.

A couple of years later, and I finally got around to it. Here’s our Velvety Planetarian Mac & Cheese recipe, which we’re very happy with. The ratio of pasta (on the light side), broccoli (on the heavy side) and rich gooey sauce is just right. We use scallions to heighten flavor and brighten the color, sautéing the white parts in plat-based butter for the sauce and tossing the green parts into the rest of the dish—half with the pasta and the remaining half with the breadcrumb mixture. We use a relatively small amount of plant-based sharp cheddar, boosting cheesiness with nutritional yeast and yellow miso and reinforcing sharpness with a dollop of coarse-grain mustard. Coconut milk stands in for dairy milk and a mix of yellow turmeric and rusty paprika create that appealing orange cheese color.

Change up the Flavors in your Mac & Cheese

For now, Velvety Planetarian Mac & Cheese will live in Classics, but eventually we will use this dish as a formula to create vastly different variations. In the meantime, create your own variations. Sub in frozen green peas or sautéed mushrooms for the broccoli. Stir in a tablespoon of chili powder into the sauce or a half cup of chopped sundried tomatoes into the pasta. Flavor the breadcrumbs with a big pinch of dried thyme leaves. Have fun customizing it to create your own version.

We were especially impressed with the flavor and texture of the plant-based sharp cheddar. We haven’t converted to plant-based Parmesan cheese yet, but those who want to make this dish fully vegan can certainly use it in the breadcrumb mixture. 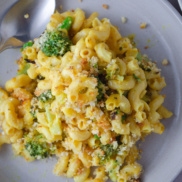 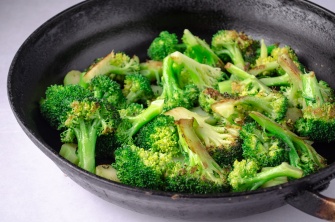 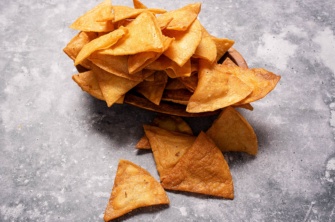