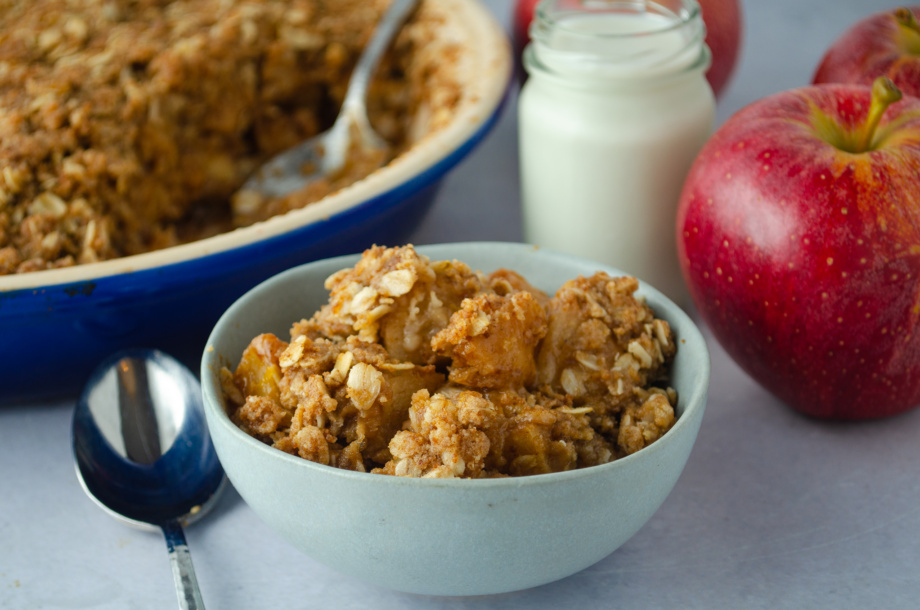 In the past few weeks, I’ve made this Pearl-Apple Crumble several times, so I’ve gotten to know it well. I love the combination of pears and apples—a soft, succulent pear in one bite, a firm, slightly tart apple in the next, all blanketed with a crisp oatmeal topping.

I live five minutes from a fruit orchard. In the summer they feature all the stone fruits—white and yellow peaches and nectarines, apricots, and several varieties of plums. Fall is their big season. They grow crates and crates of apples and pears of all varieties.

For a price, you can buy small baskets of these beautifully pristine fruits, or you can turn right as you walk in the door and head straight for the seconds, which are still pretty perfect. I’ve never weighed what you get, but I’m guessing it’s a good seven to eight pounds of fruit for five bucks.

Recently I went in and couldn’t resist buying a basket each of apples and pears. What to do with so much fruit?

I love baking pies, but they’re a project. Instead, I wanted to make an easy fall plant-based, on-the-fly dessert. Fruit crumble immediately came to mind, and because it’s just a fruit base and a crumble topping, converting the classic Apple Crumble from conventional to plant-based wasn’t hard.

There was nothing in the fruit part of the crumble that needed adjusting, although I did use better-for-you coconut sugar instead of cane and opted for cornstarch instead of flour as the thickener, making it work for those who need gluten-free.

When I’m looking for a project, I’ll make pie, but for when I need a crowd-pleasing fall dessert for a big group, this is my new go-to. 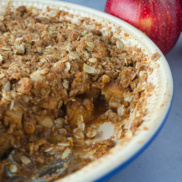 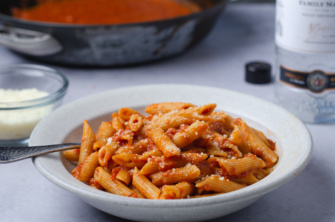 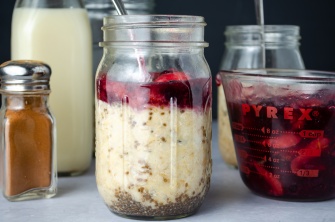