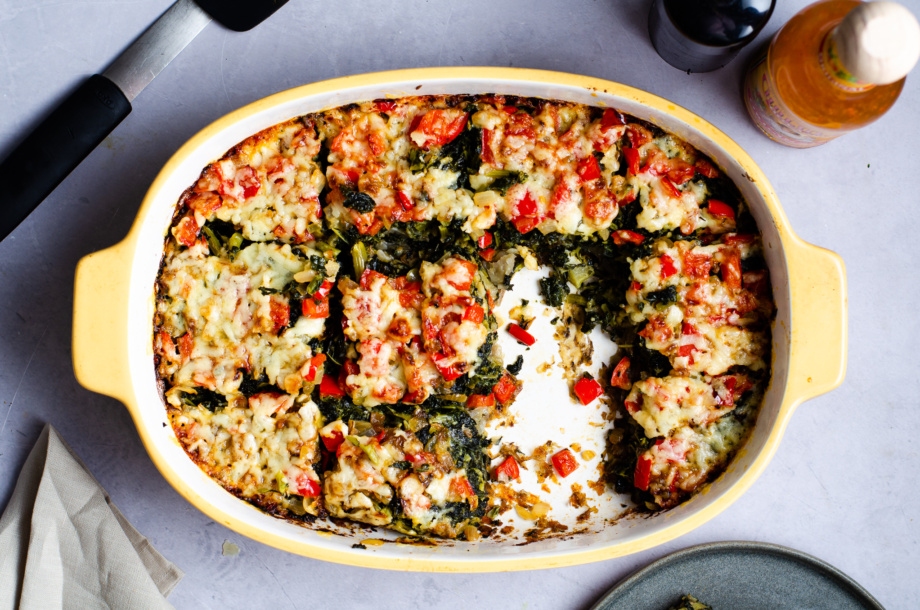 For years, our go-to brunch for a crowd has been strata, a recipe we’ve made so many times we’ve pretty much got it memorized. But the dairy piece alone in our old recipe is a quart of half-and-half, a dozen eggs, and nearly a pound of cheese. As we shift towards being more Planetarian and cutting back on dairy, it was time to give our strata a makeover.

To get a sense of how others had bypassed dairy in their stratas, we checked out a few vegan recipes. While we admired the recipe developers’ pluck and creativity, most worked harder and used more unusual ingredients than we would have to get around the eggs and cream. On the other hand, how was one supposed to moisten the bread without milk and bind the bread without cheese?

To avoid the whole bread-binding dilemma (and to make our GF family and friends happy), we made our strata potato-based. We knew hash brown casserole was popular, but we hadn’t made one before. Many strata recipes start with frozen hash browns that you then toss with other breakfast-y ingredients and then baked. We wanted a dish with layers (stratas!), so we essentially make an oven-baked potato rosti as the first layer instead of mixing the bread in.

The Creamy Kale and Peppers Layers

While the potato layer cooked, we made flavorful creamy kale for the next layer. Then colorful sautéed bell peppers and onions for the layer after that, followed by a final layer of cheese. We use half the amount of cheese as our original strata recipe had. Finally, we returned the completed strata to the hot oven for a quick bake. In just twenty minutes the strata was heated through with a golden brown cheesy crust. This gluten-free, near dairy-free strata looked scrumptious and tasted special—a dish I’d be proud to serve to guests. 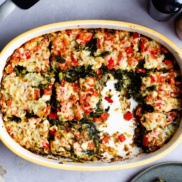 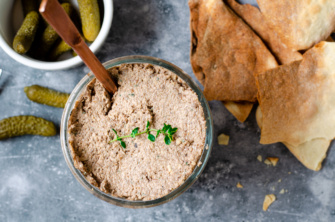